[Podcast] AI & Humans for the future

Have you ever wondered if artificial intelligence would be able to help to bring about some of the greatest projects of mankind, such as the… 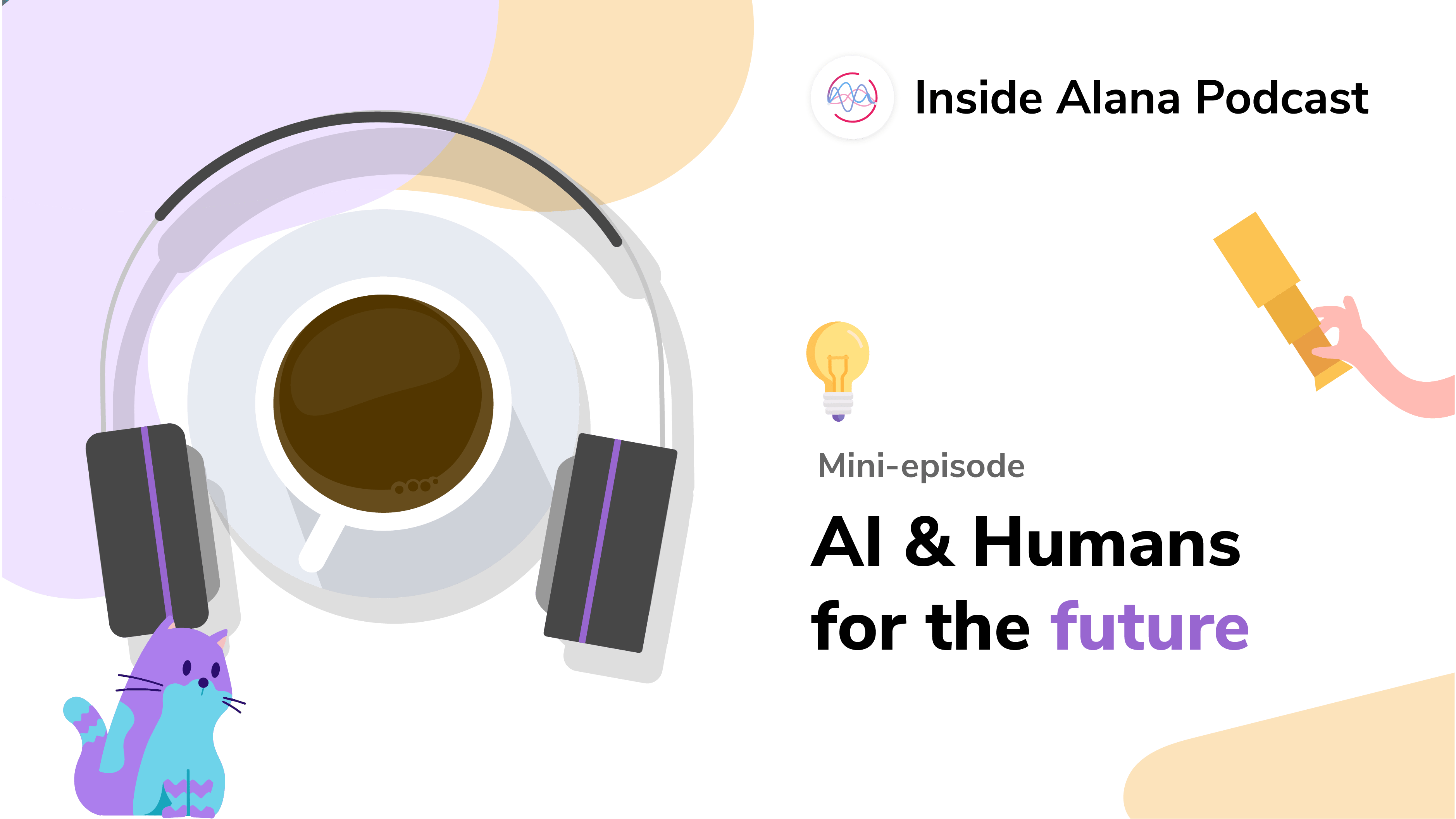 Have you ever wondered if artificial intelligence would be able to help to bring about some of the greatest projects of mankind, such as the colonization of other planets and the creation of smart cities?

These topics seem to have been taken from science fiction books, and however fanciful the ideas may seem, scientists are already studying how AI can be applied in robust projects such as:

In this episode of the Inside Alana Podcast, we will discuss how Artificial Intelligence can assist such ambitious projects.

There are already some examples on how artificial intelligence can help to make feasible some of their most ambitious plans, such as the occupation of other planets by humans, for instance.

For those to happen,  an effort is necessary that requires the simultaneous development of many technologies, and that also has AI as a vector. NASA, for example, has used artificial intelligence to design the next-generation astronaut suit.

After nearly 40 years of wearing the same space suit, NASA has developed a new outfit for astronauts called the Extravehicular Mobility Unit, or xEMU. The suit was created with the artificial intelligence of the type of generative adversarial networks, which encourage machine learning algorithms to create design components optimized according to the size, temperature, and weights stipulated by the engineer.

The suit was designed to take American astronauts to the moon in 2024, a project that is part of a broader plan to establish a permanent human presence on the lunar surface.

The artificial intelligence system built into the clothing automatically manages energy, communication, temperature, and the volume of oxygen in the clothing. In this way, astronauts, or new moon dwellers, will be able to focus on more important tasks instead of having to adjust everything manually.

When we talk about the role of artificial intelligence in the future, we cannot help thinking about the smart and hyper-connected cities that appear in science fiction as in Blade Runner and other films.

This mass connectivity, which is shown in buildings, cars, and connected roads, is an amplified representation of the Internet of Things (IoT).

The trend is that the IoT becomes increasingly sophisticated with the advancement of artificial intelligence, 5G networks, blockchain and cloud computing, technologies that work together to activate sensors and process an immense volume of data in real-time.

For example, autonomous cars only make sense with the Internet of Things to activate sensors, with predictive AI models to make vehicle decisions, and with blockchain networks, to solve security problems.

The future with artificial intelligence looks very fascinating, but in the latest outlook established by the World Economic Forum’s Global Risk Report, experts have classified fraud and cyberattacks as one of the great evils of the future.

For this reason, companies involved in the development of artificial intelligence must pay close attention to aspects such as cybersecurity and data protection.

But the future we are talking about is still a long way off, and in the meantime, the scientific community and AI companies are taking small steps towards innovation.

Google, for example, has a project called Sidewalk Labs, in Toronto, which is a smart village where the company tests technologies like smart traffic lights and other urban technologies involving varied algorithms for machine learning, computer vision, and image recognition.

To learn more about how Artificial Intelligence is impacting innovation in other sectors, such as marketing and customer service, visit the Alana AI website and continue to follow the news on our social media.

Customer support in app stores: Is it any worth automating?

Advantages of the business automation: from commercial to customer relationship